Sometimes it can feel like the bad guys have all the storytelling firepower. We’re here to help level that playing field.

We work with anyone creating positive change, supporting them to amplify that impact through powerful storytelling. Because knowing your essential story, and telling it well, creates strong emotional connections with the people you’re trying to reach and influence - increasing your capacity to change the world for the better.

​​Fireside is a storytelling-led communications agency. We help you unearth your essential story of impact, then help you develop great ways of telling it to the right people.

While we've got a growing specialty energy and climate communications practice, we also work with a broader range of not-for-profit organisations, for-purpose businesses, public sector bodies, community initiatives and amazing individuals intent on saving the world. We can help if you’re starting from scratch, or if you're stuck in the development of your essential story and need someone to lead the way.

We're passionate about narratives and the role they play in creating change. That's why we created The Story, a digital magazine about the art, craft and science of storytelling. It's editorially independent, and full of practical advice to help you tell your own story more effectively.

We're also carbon-neutral, as certified by the Carbon Reduction Institute. 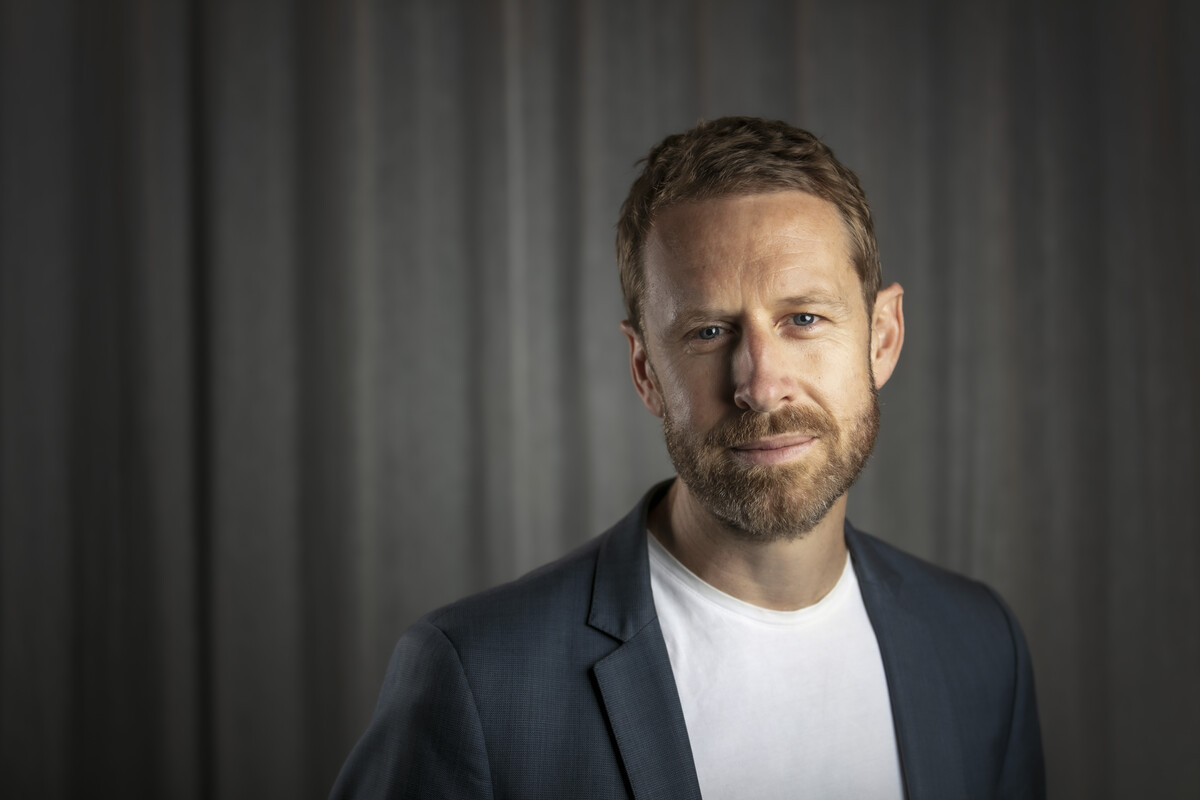 A former political advisor, founder Ben Hart has more than 20 years’ experience working across the media and communications industries. He has led the communications functions at headspace and the Australian Renewable Energy Agency (ARENA) and developed compelling narratives for organisations in the energy, transport, not-for-profit and sports sectors.

He has advised leaders across all three tiers of government (most recently he was the Chief of Staff to the Melbourne Lord Mayor Sally Capp), while maintaining a presence in the media, writing for The Age and Sydney Morning Herald, Guardian Australia, ABC Life and Broadsheet.

Over his career, Ben’s background in journalism has fuelled a growing conviction that organisational storytelling must move beyond the safety of traditional corporate messaging and instead be built on interesting, emotionally-connecting stories of purpose and impact. In 2021 he completed Harvard University’s Public Narrative course, led by renowned narrative theorist Marshall Ganz. 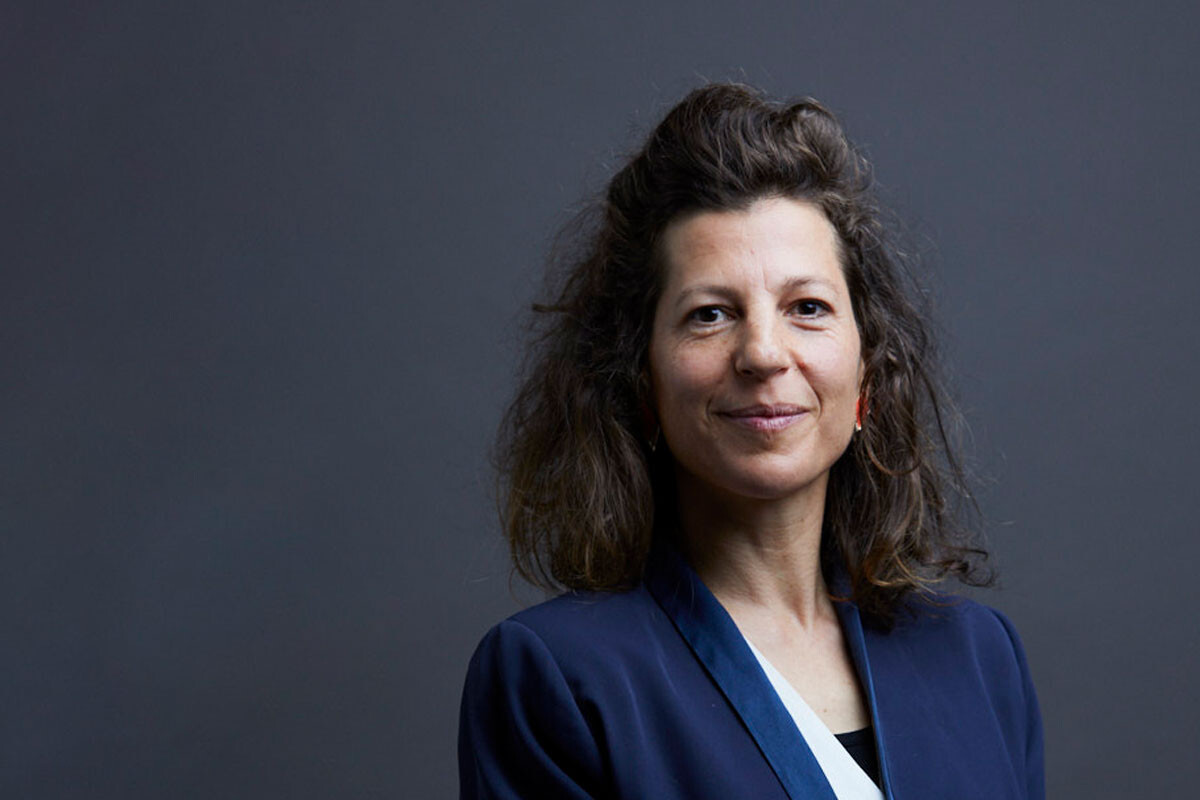 Katrien Van Huyck keeps Fireside’s engine room humming. As the agency’s Business Support & Administration Lead, Katrien is responsible for coordinating Fireside’s business activities and supporting the team in myriad, often invisible ways that have everyone wondering how they got things done without her.

But Katrien is more than an organisational superstar. Trained as a community services worker and with years’ experience in the not-for-profit sector, Katrien has a deep understanding of the work conducted by Fireside’s NFP and public-sector clients. Moreover, her media and communications qualifications – Katrien has a Bachelor of Creative Arts Industries – give her a keen insight into the power of storytelling.

When she’s not whipping Fireside into shape, Katrien can be found over at the yoga studio, helping people calm their minds and bodies – a corrective yin to the yang of business support work. 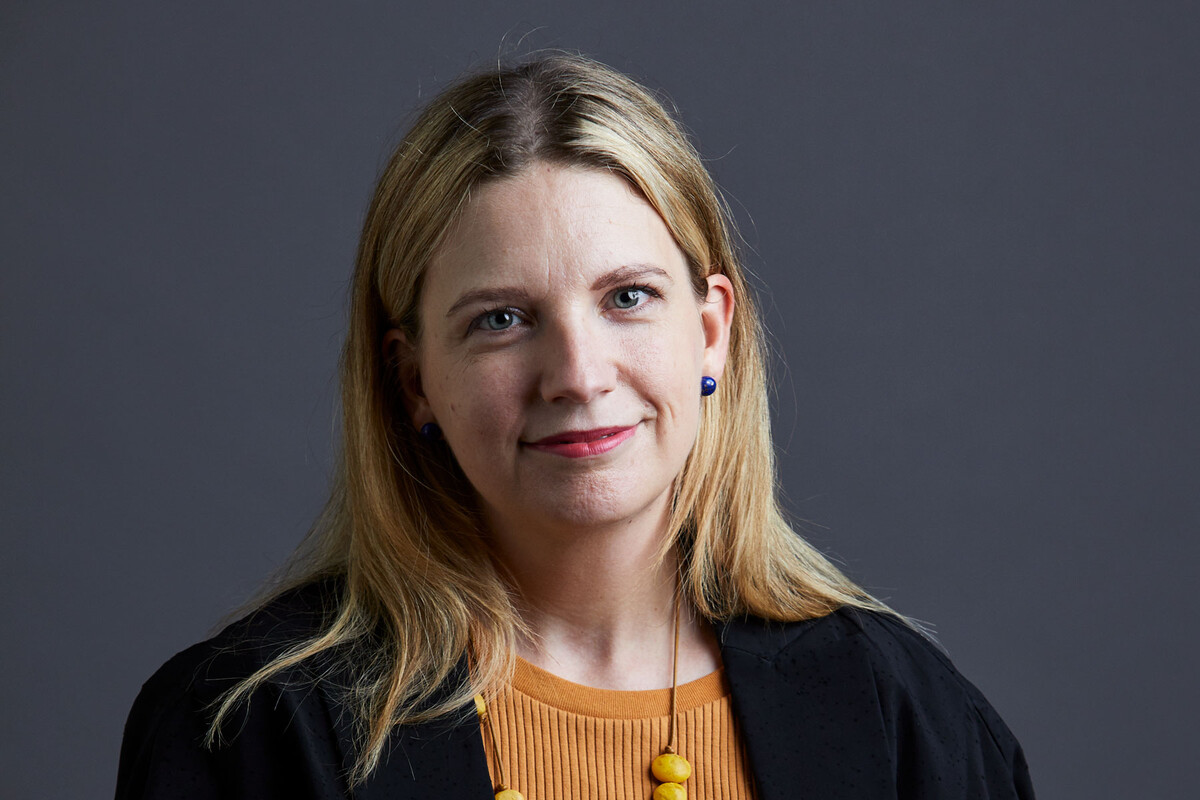 For more than 15 years, Luella Charles has used storytelling to connect organisations with the communities, consumers and industry leaders that matter, drawing on her strategic engagement skills to encourage people to think and act differently.

This work has taken her from Melbourne to London to Barcelona and back to Melbourne, where she’s built a reputation for deftly turning public policy into effective communications. She’s worked with state and local governments to deliver campaigns across pivotal, complicated projects, and worked to position Victoria as a hub for tech investment.

Luella is a pro at advocacy campaigning, and feels equally at home navigating emerging marketplaces as she does highly regulated environments. At Fireside, she works with government agencies, not-for-profits and for-purpose businesses, building the strategic storytelling machines to drive their essential narratives.

When she’s not knee-deep in strategic comms, she can be found managing her two kids’ PAW Patrol consumption – an only slightly less rewarding task. 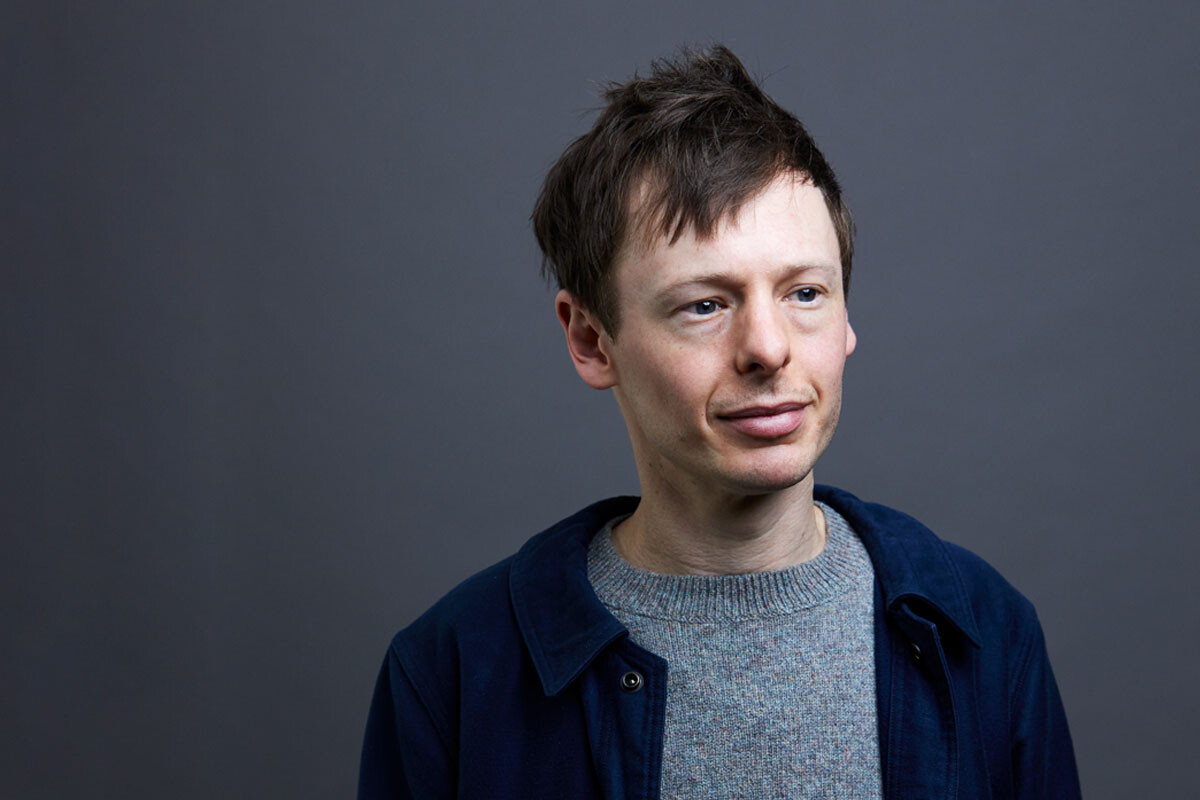 As a writer, editor and journalist, Chris Harrigan brings a small forest plantation’s worth of media expertise to his role as Fireside’s Editorial Lead.

For a number of years he was the Editor of Smith Journal, an honest-to-goodness print publication made out of paper and ink. Smith gave the celebrity treatment to people with singular, sometimes harebrained but always interesting obsessions. It was nice to look at, though people tell Chris they read it for the articles as well.

Chris is also a published writer, having appeared in New York Magazine, Buzzfeed, The Guardian, The Age, frankie and Junkee, among other publications that may or may not still exist. (Publishing’s a fickle industry.)

In recent years, Chris has used his storytelling skills to help brands big and small connect with larger audiences. He’s worked on narrative-shaping projects for some of the country’s largest corporations, but sleeps more soundly when he’s working with organisations making a positive impact on the world. 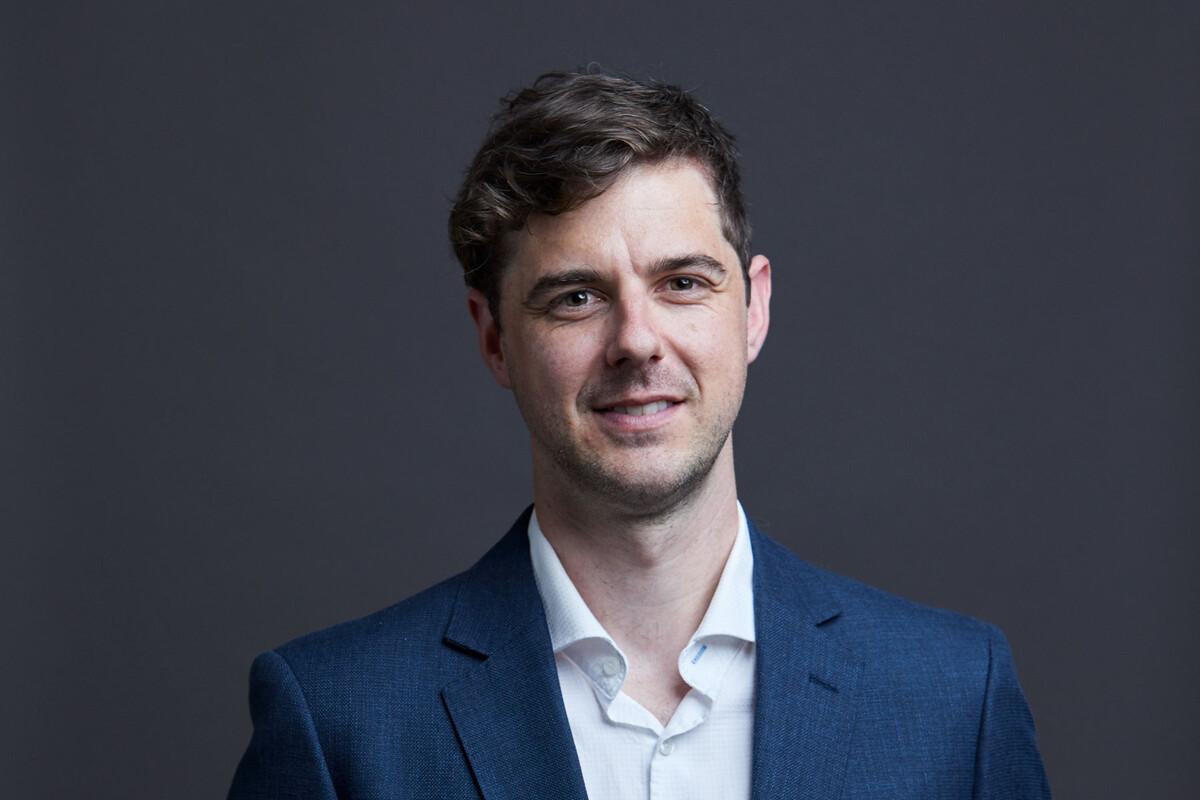 With a background in journalism and over five years’ experience in the renewable energy sector, Alistair Perkins knows what it takes to sell the world on clean energy and climate action: hard science – and effective storytelling.

As Fireside’s energy and climate lead, Alistair helps our roster of renewable energy clients and climate NGOs capture public and industry attention by developing engaging narratives and strategic messaging. Or to put it another way, he helps tackle climate change, one story at a time.

It’s a skill set he honed during his time at the Australian Renewable Energy Agency (ARENA). As the agency’s news editor, Alistair took technical, often complicated industry developments and told them in a way that made sense to a general audience. Prior to ARENA, he worked as a political adviser, managing day-to-day communications for MPs during the most important periods of their careers: elections.

Be the first to know when new stories are published to Firescribe, and keep in touch with the goings-on at Fireside HQ by signing up to our newsletter. Only interesting things to occupy your time, we promise.